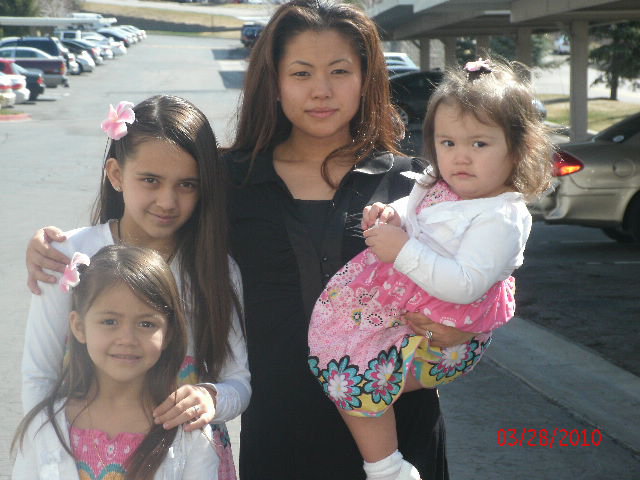 On Sunday we were suppose to have been on the road by noon but my uncle wanted to take us on a hike so we went to Chimney Rock. It was a beautiful hike and the views were well worth it. 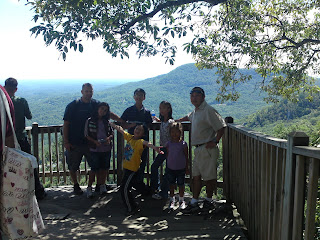 This looks like a picture straight from Loas or something to me. 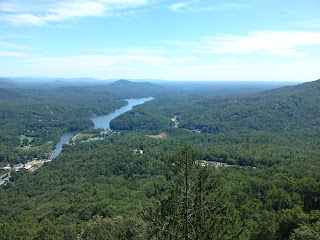 Da' men. Tooj got in some good Hmong practice with my uncle. 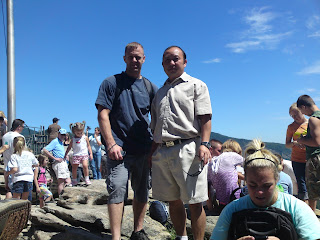 They were so nice and accomidating! Thank you and love you guys. 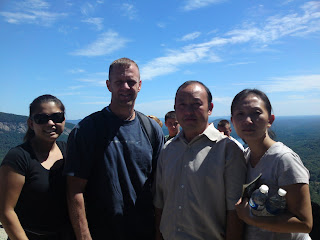 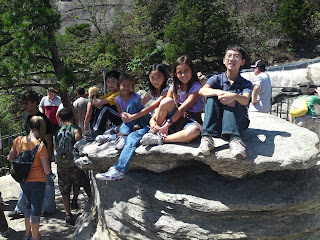 Behind the girls is a rock called "The Devil's Head". I didn't think it looked scary enough to be called the devil but it was cool because the profile does look like a face with ears. 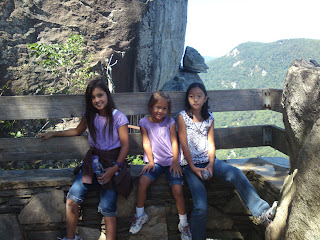 Of course, Andrew put them up to this pose. My aunt was sitting by my uncle's feet resting and Tooj told them to do a Tarzen pose. My Aunt said she'd kill me if this picture surfaced....oh, well, she'll have to catch me first. 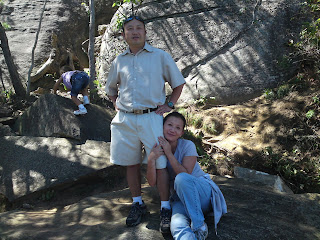 Anaiya and my Aunt reading the map and figuring what trails will take us to the waterfall. 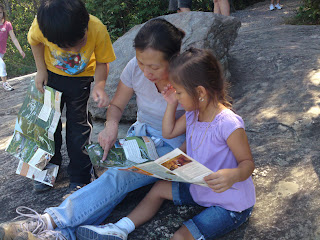 Anaiya and Justin lead the way the entire hike so I was glad to see her resting her little legs. 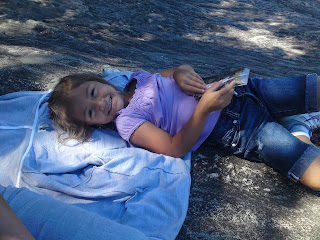 The water fall was dissapointing to say the least. It was more like a trickle but the kids still had fun splashing in the cool water. 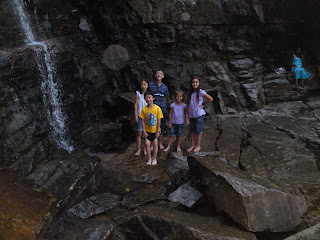 Cyri and Grandma were tired out from the day before so they didn't do the hike with us but we did pick them up to enjoy the buffet before hitting the road. 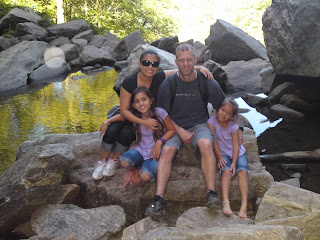 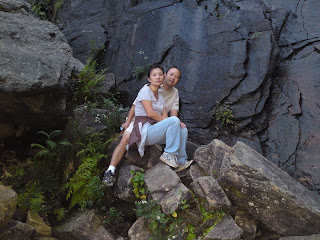 5 minutes into the trip back home and everyone was out. My eyes were open but I was a zombie. 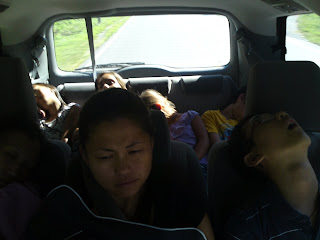 This is my Aunt's other son Alex. He would not let me take a picture of him the entire trip and so I promised him that when I did he wouldn't like it and it was going on our blog for everyone to see! I ofcourse woke him up so he wouldn't get a cramped neck but only after a few photos. Hi Alex! 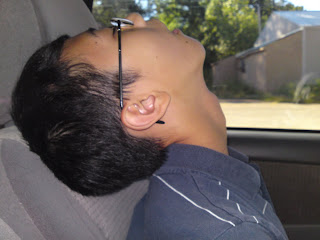 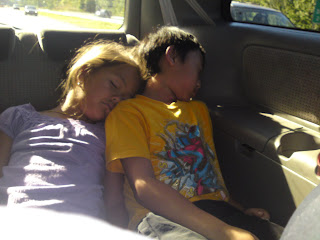